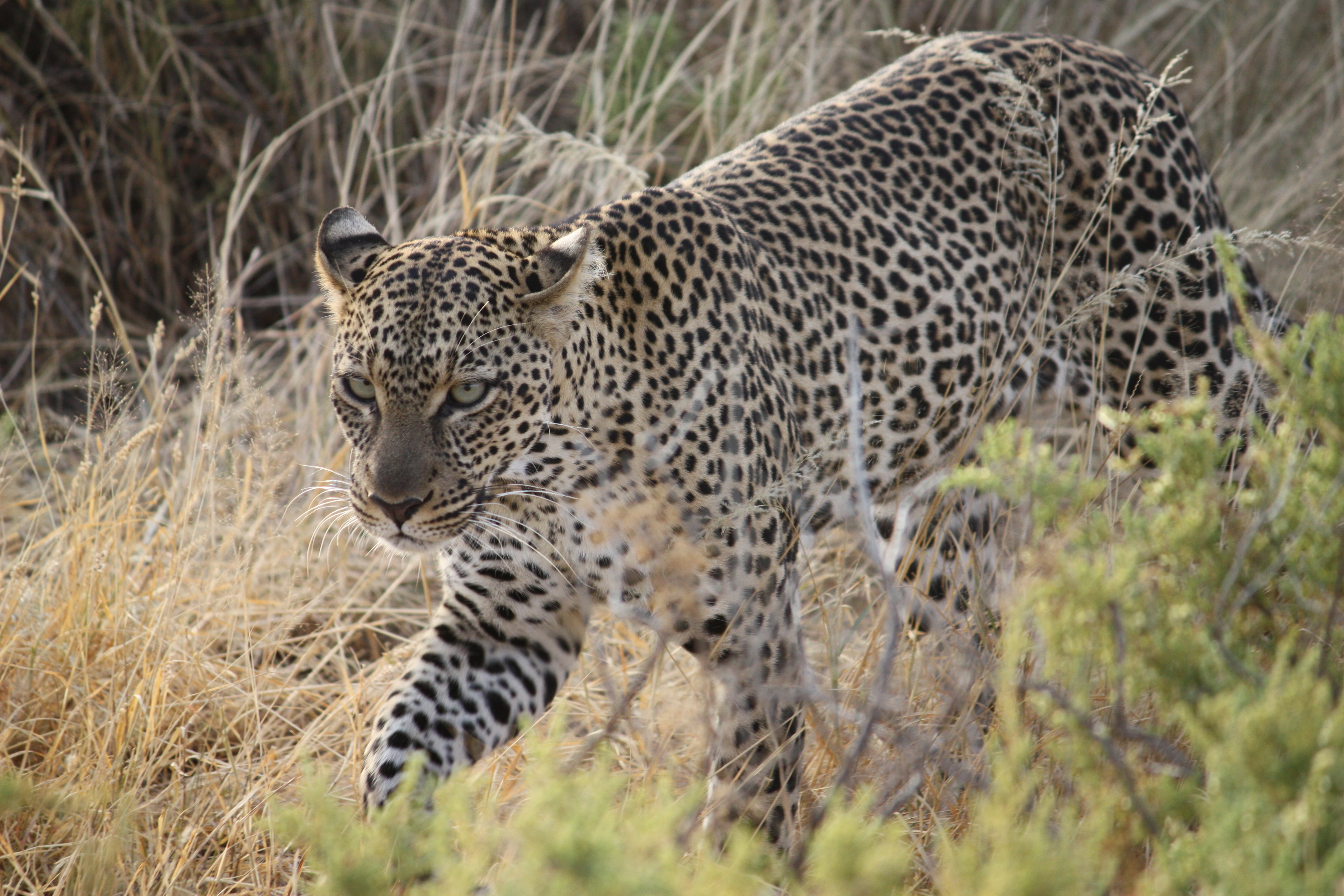 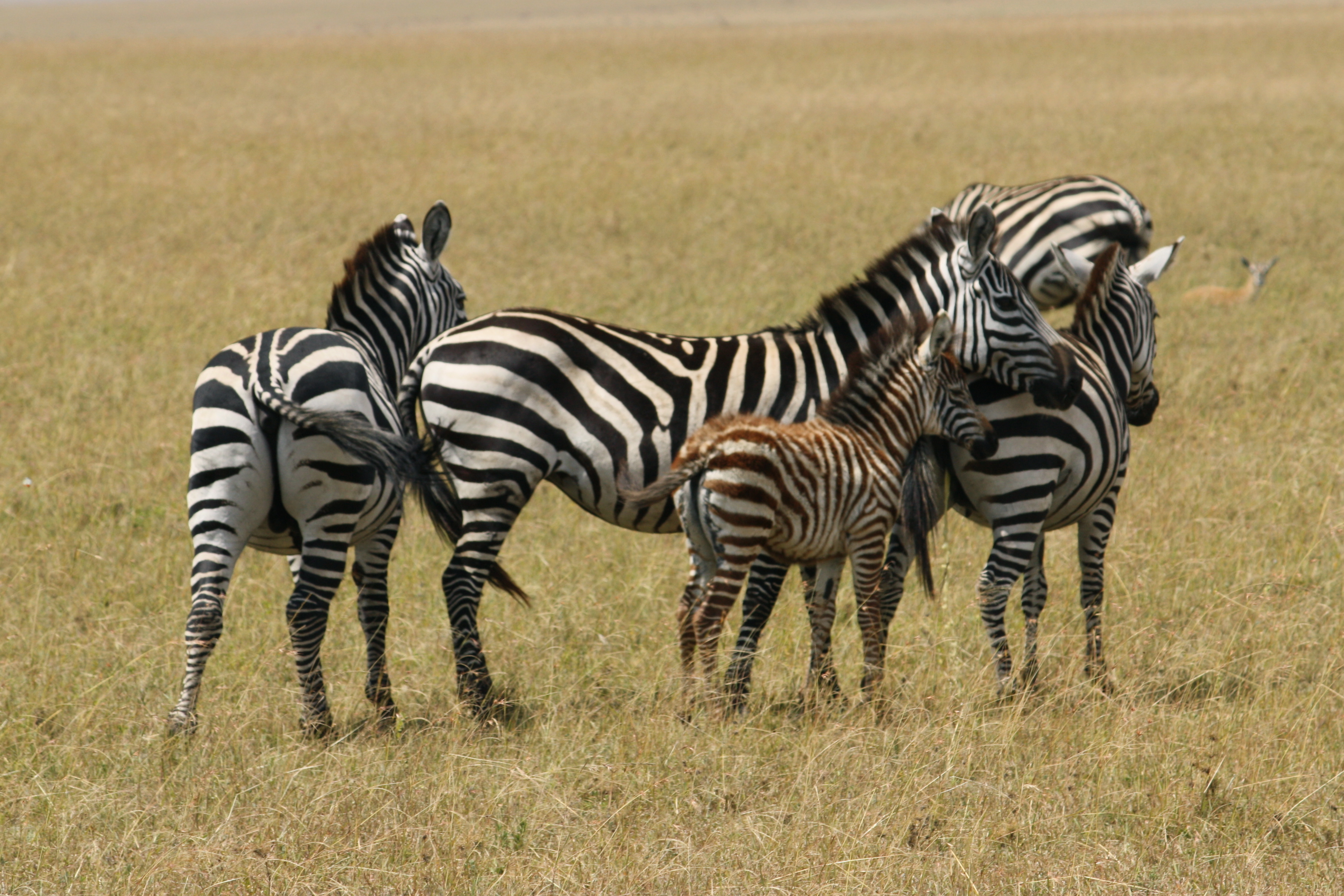 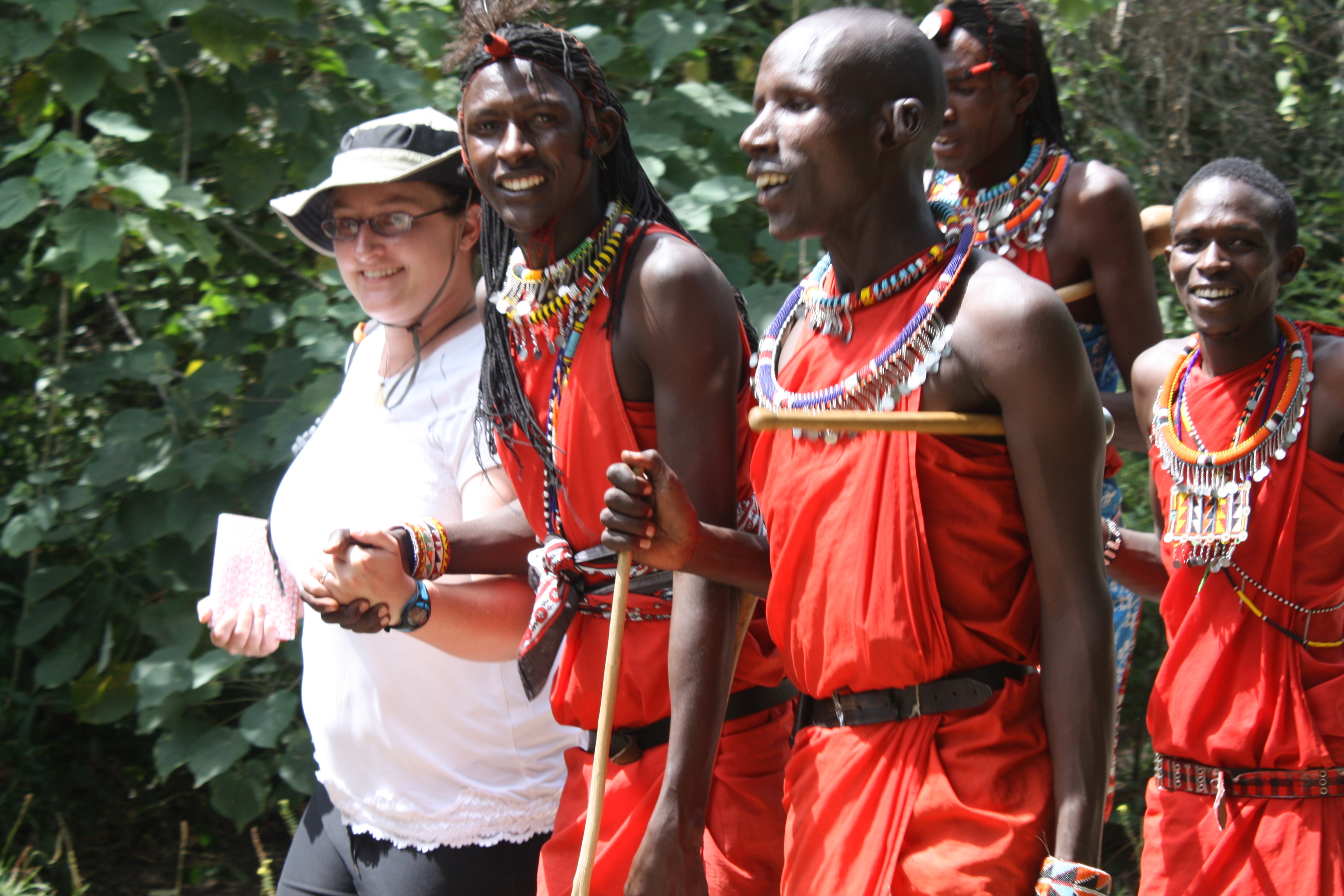 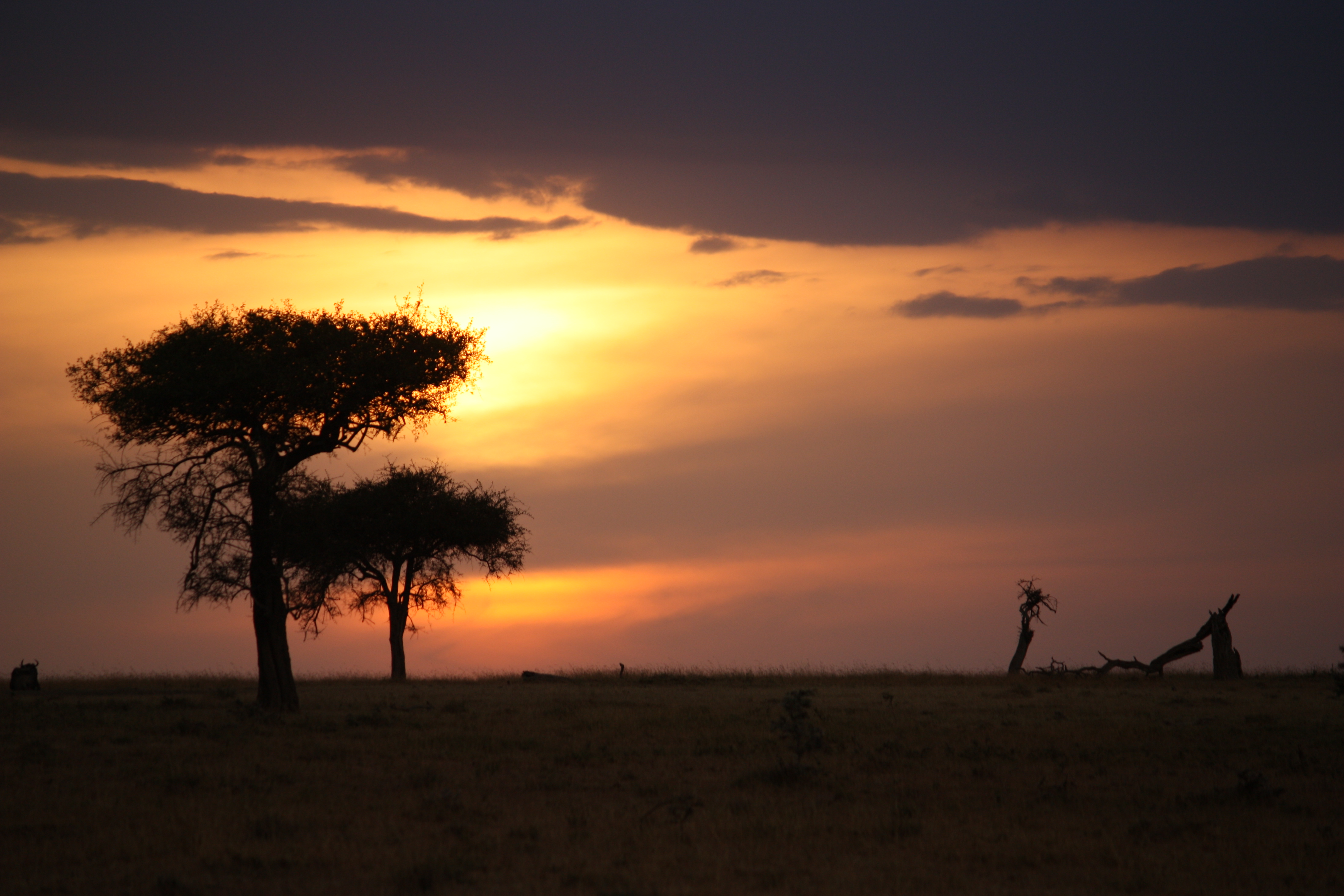 On arrival at the Jomo Kenyatta International Airport in Nairobi, you will be met by a representative and given a short safari briefing before being transferred to Karen residence, ideally located in the leafy suburbs of Karen, Nairobi. Dinner will be served in the Club restaurant (at an additional cost) and you will have plenty of time to go through the material in your welcome

After breakfast, you will check out and meet your driver guide who will transfer you for excursions in the surrounding Karen Suburbs. Your first stop during the tour is Giraffe Centre where you will spend about an hour.  The centre offers guests the unique experience of hand-feeding these gentle giants at eye level from a raised platform, while watching the warthogs below snuffle around looking for titbits. Thereafter drive a short distance to Daphne Sheldricks’ Elephant Orphanage – where you have an opportunity to visit the many baby elephants that have been rescued from threatening situations in Kenya’s various national parks and even get a chance to see the calves being fed and playing with the staff.

You will then visit the Karen Blixen Museum: a chance to go back in time and discover the famous Karen Blixen’s house exactly as it was when she lived in Kenya. Located in an area which was once part of Karen Blixen’s vast coffee estate, ‘bogani’, the museum was Karen’s home from 1917 until 1931.The house and grounds were made famous by the film ‘Out of Africa ’and have been restored by the Danish community of Kenya. Visitors have a glimpse of typical colonial life in Kenya at the turn of the twentieth century.

After lunch at the lovely Karen Blixen Coffee Gardens, you will depart on the next part of your adventure that takes you from the hustle and bustle of Nairobi city to the small but beautiful soda ash lake located in the famous Great Rift Valley, named Lake Elementaita. Sunbird Lodge is a newly established eco-friendly lodge providing comfortable luxury in which to absorb this stunning area.

After a hearty breakfast you will set out on a full day’s game drive to Lake Nakuru National park which is about thirty minutes’ drive from Elementaita. The lake is situated in the middle of the national park to which it gives its name. Teeming with wildlife the park has so much to offer. Lions, buffalos as well as the many rhinos that call this corner of Kenya home, If you are lucky you may even spot a leopard relaxing in a tree beside the lake.

After a game-packed day you will drive back to Sunbird Lodge in time to enjoy the sun set over the lake, before sitting down for dinner and toasting to the day’s adventures.

Today you make your way by road to the Masai Mara National Reserve. You will arrive for lunch at your camp and spend the rest of the afternoon relaxing by the pool and waiting for the late afternoon when the temperature cools to head out on your first Mara game drive. The Masai Mara is one of Africa’s greatest wildlife reserves.  Acacia dotted plains, tree-lined rivers and woodlands are abundant with wildlife and an array of birdlife.  Game viewing is spectacular year-round; you may see a pride of lions stalking their prey, observe a herd of elephant and their fascinating social structure, or see pods of hippo wallowing in the rivers.  The great wildebeest migration is one of nature’s wonders; an estimated two million animals migrate in a year-round pattern through Tanzania and Kenya, following the rain.  Around July each year the huge herds begin dramatic river crossings and the grasslands of the Mara are covered by a mass of moving wildebeest, offering easy opportunity for crocodile and predators that are never far away.  When in the Mara visit a traditional Maasai village or take a balloon safari at an extra cost.

Back at the camp, dinner is served and this gives you the perfect opportunity to look back at your day and relive all those highlights.

This morning, there is the opportunity to rise early and experience a game viewing adventure from an entirely different perspective! A hot air balloon safari across the Masai Mara (at additional cost) which takes off in the crisp morning air, and lasts for approximately an hour, allows for a beautifully peaceful experience floating silently high above plains, forests and rivers. If you have not booked a balloon ride, after breakfast you will drive across the mara plains in search of the big five and other plains game. Keep your eyes peeled as you hunt for the last members on your “must see” list.

After breakfast drive across the Mara plains in search of the big five and other plains game or engage in the optional activities on offer at the Maasai Mara. The early mornings are one of the best times to view the animals as this is when they are their most active before the heat of the day sets in. After a mid-morning of relaxation and lunch, head out into the reserve for a chance to tick off some more animals on your “must see” list. Keep your eyes peeled as you hunt for the last members on your list. Visit the Mara River and ask your guide to show you the regular river crossing routes.

After breakfast and check out, you will be driven back to Nairobi, with your packed lunch (included) and from here board the public shuttle to Tanzania, arriving into Arusha at 1800Approx. On arrival you will be met by a vehicle will meet you for a transfer to the Mount Meru Game Lodge for the night.

This morning, wake to the views of Mt Meru before heading down to breakfast. After collecting your packed lunch, you will join your driver guide as you head to Tarangire National Park. On clearing the paperwork at the entrance you will head into the park for a full day game drive. Tarangire National Park extends over some 2,600 sq km (1,615 square miles) in the Rift Valley. Arid and studded with giant termite mounds, it is here that you can witness massive herds of elephant with some reaching as many as 500. During the dry season the park becomes a haven for many migratory species and this is the best time to see animals as they cluster around various water sources. When the rains arrive, the animals become more widely distributed once more and the region’s swamps are alive with bird life. The many herds of elephant, buffalo, wildebeest, impala, gazelle and eland feast on the green shoots, eventually depleting them and being forced to return to the river systems once more.

As the afternoon begins to end, you will make your way out of the park and towards your camp, located on the Great Rift Valley Escarpment. On arrival you will be assisted with check in and shown your tent

After breakfast and check out, depart to the Serengeti with a packed lunch. On arrival into the park, game drive towards your camp. The Serengeti National Park is Tanzania’s oldest and most popular national park. Its name means ‘endless plain’ in the Masai language. It is from here that massive concentrations of wildebeest, zebras and other animals commence the annual Great Migration in search of pastures new, providing one of the greatest natural spectacles to be found anywhere in the world. You can watch golden-maned lions stalking the migrating herds, spot leopards at rest in trees at dusk and take a hot-air balloon tour at dawn as the sun’s golden rays illuminate the land.

As the afternoon begins to end, you will make your way towards your camp. On arrival you will be assisted with check in and shown your tent.

Enjoy a full day, with morning and evening games drives, in the Serengeti National Park. Enjoy quiet evenings by the camp fire and the exclusivity of absolute comfort combined with the authenticity of a night spent in the African bush, an extraordinary experience for all nature lovers.

After breakfast and check out, depart with a packed lunch and drive towards the Ngorongoro Conservation Area. On the way you will one of the world’s most important prehistoric sites, Olduvai Gorge, for a tour and lecture. Learn how the gorge was vital in establishing the African origin of humankind and in turn, why it is referred to as the ‘Cradle of Mankind’. Proceed on to the Ngorongoro Conservation Area and on clearing the paperwork you will drive through the Crater Rim from where you will have the opportunity – weather permitting – to see the Crater, in all its glory. Drive onto your Lodge, located in lush grounds within the Karatu Area. On arrival you will be assisted with check in and shown your room.

Get up early to make the most out of your day in the Ngorongoro Crater. Ngorongoro Crater is a deep, volcanic crater, the largest un flooded and unbroken caldera in the world, measuring about 20kms across, 600 meters deep and 300 sq kms in area. The high walls of the crater itself, serve as a natural enclosure for an abundance of wildlife. There is a large resident population of varied ground game with the very real chance of you being able to see the “big five’.  Among the notable birds are Lammergeyer, Vereaux’s Eagle and Egyptian Vulture, which make their home in the highest of the crater wall, the beautiful Rosy-breasted Longclaw, which appears on the plains after rains and flocks of lesser and Greater Flamingos which are spasmodic visitors to the crater lakes.

Return to your lodge before dusk, and in time to freshen up before dinner.

After breakfast and check out and drive to Lake Manyara National Park. Lake Manyara National Park is small compared to Tanzania’s other parks. At only 330 km2 it fits neatly into the Great Rift Valley, it is the real Cinderella of Tanzanian parks. This park is often overlooked and underrated but this gem was described by Ernest Hemingway as ‘the loveliest place I have ever seen’. The shallow alkaline lake is often covered by resident flamingos and whatever the park lacks in size it makes up for in diversity. Apart from the lake and the many lions that roam the park, there is an expanse of tropical jungle filled with troops of baboons and other occupants of the rainforest. Large herds of buffalos and zebras wander on the plains and in the distance are the ever-present jagged peaks of volcanoes.

At a time, convenient to you, you will depart from the park and make your way to Arusha for lunch. After lunch, and depending on your flight and/or extension plans, you will be transferred either to Kilimanjaro International Airport for your onward flight home (additional cost) or to Arusha airport for your flight to Zanzibar or elsewhere in Tanzania.

A completed & signed Africa Easy Reservation Form, along with your 20% safari package deposit and full regional and/or domestic air payment (if applicable) is required at the time of booking.

This itinerary is subject to the availability of all services at the time of making a reservation. No space is being held at this time. Please contact Africa Easy for the full terms and conditions that apply. We are happy to answer questions and discuss your trip.

Connect with our Africa Specialists