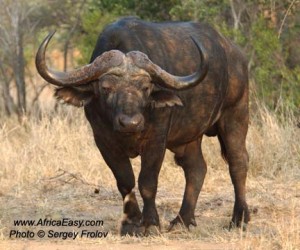 At the southwesternmost tip of the African continent lies Cape Town, one of the world’s most beautiful cities, surrounded by Devils Peak, Table Mountain, Signal Hill and the harbor. Spectacular coastal cliffs overlook two great oceans: the Indian and the Atlantic. The Cape of Good Hope, as this whole area was called, had been described by Sir Francis Drake as “the fairest Cape in the entire circumference of the globe.” The breathtaking coastline dominated by Table Mountain, which is considered by many to be one of the four most powerful vortices of energy on Earth, has enchanted onlookers for centuries. It is also home to Cape Fynbos located in what is considered the richest of the earth’s six floral kingdoms.

Cape Town has some of the finest beaches, all of which display the clean white-sand particular to the Cape. The city is steeped in rich history and is a cultural melting-pot with its diverse and vibrant cultures such as the Khoisan and other African tribes from the north, and Indonesian, French, Dutch, British and German influences.

Cape Town appeals to people from all walks of life and offers a multitude of activities and experiences. Take a cable car up Table Mountain, watch the sunset from a yacht in the harbor or hike or stroll up one of the many mountains in the area. There is so much to do in Cape Town and never enough time!

Table Mountain offers sweeping views of the coast, the city and the Victoria and Alfred Waterfront, which with its charming blend of old world and new, certainly makes for a great meeting place, with all its restaurants, shops and pubs. The Aquarium down at the Waterfront is well worth a visit.

A trip through the Cape of Good Hope Nature Reserve leads to the tip of Africa, Cape Point, and this is where the Indian and Atlantic oceans meet. In Hout Bay, a bustling little fishing village on the Atlantic side, you have the opportunity to take a boat trip to Seal Island. At Boulder’s Beach, on the Indian Ocean side, a short walk takes you to the breeding ground of the African (jackass) penguin, the only penguin species found in Africa. The Atlantic coast has some of the most spectacular scenery, with great beaches lying at the foot of hills and mountains such as the Twelve Apostles, and the drive along Chapman’s Peak is magnificent beyond words and is a must.

Kirstenbosch Botanical Gardens is a definite highlight for any visitor. Sprawled over 1,383 acres on the eastern slopes of Table Mountain, these world-renowned gardens are dedicated to the preservation of the indigenous plants of Southern Africa. Take a trip out into the southern suburbs and explore Groot Constantia, the oldest vineyard in the Cape and one of the finest.

Enjoy a boat cruise in Table Bay or a short boat ride which takes you to Robben Island, where Nelson Mandela was imprisoned for much of his 27 years of incarceration. For many, an Informal Settlement (Township) tour is a highlight to capture the spirit of the nation. Visit the Bo-Kaap and District Six Museums or tour the Castle of Good Hope, an old fort.

The Cape offers excellent surfing, great-white-shark diving, fantastic hiking and walking trails as well as canoeing and abseiling. As far as shopping is concerned, the Waterfront has it all including the Blue and Red sheds which offer an assortment of African arts and crafts, or try Cavendish Square or the Constantia Mall. There are also open-air markets on Sundays at Green Point and daily in Greenmarket Square. 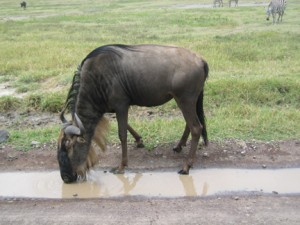 CAPE WINELANDS
Approximately one-hour drive from Cape Town lies the lush and fertile Cape Winelands. The region boasts magnificent natural beauty, is rich in fascinating and historic cultural attractions and, of course, is famed for its award-winning wine farms situated in and around Paarl, Stellenbosch and Franschhoek. The Cape Winelands is the largest wine-producing region in the Western Cape, with over 200 cellars offering some of the finest wines in the world.

The picturesque town of Stellenbosch, second oldest town in South Africa after Cape Town, is situated at the heart of the Cape Winelands. Stellenbosch was established as a frontier town on the banks of the Eerste River by Governor Simon van deer Stel in 1679. Standing proudly in the middle of rugged mountain country, the oak-shaded town is full of architectural and historical gems. It is also an important educational town, being home to the Stellenbosch University.

The premier winetasting region in the Cape, the fertile Franschhoek Valley is situated in the heart of the Cape Winelands. The village of Franschhoek — French corner — is an artist’s retreat, a wine lover’s paradise and a visitor’s dream. The outstanding food, wine and guesthouses make this wonderful old Cape settlement ideal for a weekend getaway.

Also in the situated in the lush Cape Winelands region is the city of Paarl, a large commercial center on the banks of the Berg River. Offering an array of fabulous wine estates, accommodations and immaculate golf courses, not to mention spectacular scenery and the famous, striking “Paarl Rock”, Paarl is a fascinating little town. 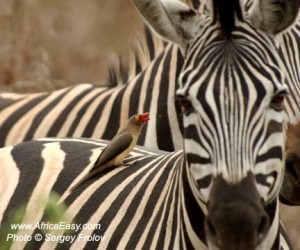 WEST COAST NATIONAL PARK
The West Coast National Park, approximately 90 minutes from Cape Town, is one of the few large reserves along South Africa’s coastline. Further north up the west coast is the Cederberg Wilderness Area, a rugged area of valleys and peaks. It is also famous for its natural wildflower display, usually between July and September.

Further north up the west coast is the Cederberg Wilderness Area, 71,000 hectares of protected Wilderness area, a rugged area of valleys and peaks extending roughly north to south or 100km between Citrusdal and Vanrhynsdorp. This area offers hiking and walking, and is famous for its weathered sandstone formations.

WHALE ROUTE
A short drive along a stunning coastal road from Cape Town eastwards brings you to one of the world’s best land-based whale-watching destinations, Hermanus and vicinity. From its rocky cliffs whales can be seen as close as a mere 5 meters. The South African government has declared Walker Bay between Hermanus and Gansbaai a whale sanctuary because it is a favorite place for females to give birth during the winter months of June to November. You could experience whales breaching, spy hopping, tail lobbing and simply breathing at close quarters.

Traveling east along the coast you will reach Cape Agulhas, and you are now at the southernmost point of the African continent.

GARDEN ROUTE
The Garden Route follows the coastline of the Indian Ocean, between Still Bay and Plettenberg Bay, and is framed by a belt of awesome mountain ranges. This picturesque area receives its name from the wealth of lakes, rivers, lagoons, pristine beaches and lush green vegetation. Today the area is fairly well populated and developed with lots to see and do. Oudtshoorn is situated in the Klein Karoo, 55 kilometers from the town of George. The capital of the Klein Karoo, Oudtshoorn has wide-open spaces and broad streets and is the heart of ostrich farming worldwide and several farms offer guided tours.

Visit the Cango Caves and experience the ancient caverns of wonder, some of the largest explored caves open to visitors. Continue to the quaint and rapidly growing coastal town of Knysna, set around a peaceful lagoon. The lagoon is enclosed by forested banks leading to a narrow sea-entrance, between two impressive sandstone bluffs known as “The Knysna Heads.” Knysna is a bustling town with many activities, both land and water, and has a holiday atmosphere. The town is one of the Southern Cape coast’s best known-holiday destinations; both tourists and local have made Knysna a favorite vacation spot.

Continue along the Garden Route for more stunning scenery, including the beautiful beaches at Plettenberg Bay and Jeffrey’s Bay and the great indigenous forests lying at the foot of the beautiful Outeniqua and Tsitsikamma mountains.