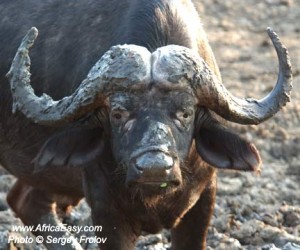 Wild, expansive and exquisite, unique in its diversity of regions – green wetlands, forested islands tapering into riverbanks and rivers that eventually run dry into the parched sands of the Kalahari Desert – to see Botswana is to experience the Real Africa. Botswana is a land greatly respected by its people and one of the few African countries to realize the importance of ecological preservation and low impact tourism.

The Okavango Delta, the world’s largest inland delta and the Moremi Wildlife Reserve is a must-see on any trip to Botswana! There are land-based camps and water-based camps in these areas teaming with wildlife. Chobe National Park is a huge wildlife-rich reserve with a magnificent riverfront, inland marsh and savanna areas.

THE OKAVANGO DELTA is Botswana’s premier attraction and an enormous oasis in the middle of the great Kalahari Desert. The Okavango River rises in central Angola, flows southeast across Namibia’s Caprivi Strip before entering Botswana. The ‘Delta’ consists of roughly 6,000 square miles of intricate waterways and reed-lined channels interspersed with game-rich islands, creating a diverse ecosystem that supports the greatest concentration of game in Africa. In this desert country, the abundant water attracts vast quantities of wildlife, buffalo, wildebeest, giraffe, hippo, elephant, zebra, antelope and innumerable birds, which also provides largesse for the several groups that have fished and hunted here for centuries.

MOREMI WILDLIFE RESERVE – was set aside in the 1960’s to protect the most wildlife-rich part of the Okavango Delta. The 3000 sq km park has dual personalities with large areas of dry land rising between the vast wetlands. There is Chiefs Island deep in the Inner Delta and with the Moremi Tongue in the northeast. The very exclusive, and pricey, Mombo Camp and Little Mombo are on Chiefs Island, in the Moremi Wildlife Reserve and offers excellent wildlife.

CHOBE – Botswana’s vast CHOBE NATIONAL PARK eco-system is one of the most scenic in Africa. Watered by the perennial Chobe, Linyanti and Kwando Rivers, the greater Chobe region hosts most of Africa’s big game species in high concentrations; what the reserve is perhaps most famous for is its huge population of elephant, estimated to be in the region of 43,000 strong. However, Chobe National Park has 2 big hotels very close to the park entrance and along with a huge volume of day traffic from Victoria Falls, which is not too far away, Chobe National Park gets really crowded and can detract from the overall safari experience. As a result, we often suggest that one makes use of the private concessions that adjoin the National Park. Here you will experience the same quality of game-viewing as nothing obstructs the free movement of game between the Park and the surrounding reserves, with the privacy and intimacy that are so important to a true African wilderness experience. 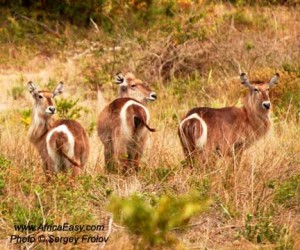 THE MAKGADIKAGADI PANS– A huge expanse of landscape, clearly visible from outer-space and devoid of anything but salt and a shimmering horizon. Makgadikgadi Pans made up of two great salt pans, Sua and Ntwetwe Pans and during the sizzling heat of late winter days, the stark pans take on a disorienting and ethereal austerity. Heat mirages destroy all sense of space or direction and imaginary lakes shimmer and disappear. In September, herds of wildebeest, antelope and zebra begin moving into the thirsty grasslands to await the first rains. Nearer December, the rains are in full swing and the herds of wildlife migrate in, to partake in the bounty of grasses. Millions of flamingo, pelican, duck, geese and other water birds arrive at the mouth of the river to build their nests along the shoreline.

THE KALAHARI sands stretch across parts of seven countries: Congo, Angola, Zambia, Namibia, Botswana, Zimbabwe and South Africa and form one of Africa’s most prominent geographical features. In Botswana, the Kalahari offers a solitude all of its own. The Kalahari is home to an array of fascinating desert species and, during the summer rains, hosts Africa’s second largest wildlife migration. Lying at the point where the great Kalahari meets the endless Makgadikgadi, Jacks and San Camps offer a truly unique and spiritual experience with a plethora of activities and a lifetime’s worth of surprises. 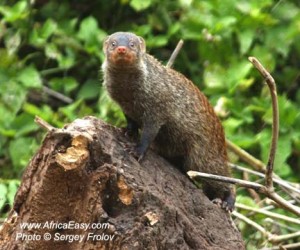 Botswana, previously known as Bechuanaland, was first inhabited by the semi-nomadic San people, bantu-speaking tribes, from the north who moved into the area before the first millennium and before the European missionaries arrived in the mid-19th century. In 1885, to counter Boer expansion from South Africa and Ndebele incursions led by Mzilikazi from the north, Bechuanaland came under British protection. By 1895, Rhodes’ British South Africa Company hoped to annex Bechuanaland, prompting three Botswana chiefs to persuade Queen Victoria to keep their land under British control.
The British administered the Bechauanaland Protectorate until 1966 when Botswana was granted full independence under the leadership of Seretse Khama. Diamonds were discovered in 1967, which brought rapid growth to Botswana. Today, the country boasts an enviable record of democracy and human rights, healthy foreign reserves and is considered one of Africa’s economic success stories.

CLIMATE – October to April is summer and also the rainy season. May to September is cooler and drier. Early morning temperatures may approach freezing point during winter.

SIZE – Botswana is a landlocked country 582,000, square kilometers in extent. It is roughly the size of France. Nearly 17% of the country is protected wildlife areas.

CURRENCY – Local currency is the Pula and Thebe.