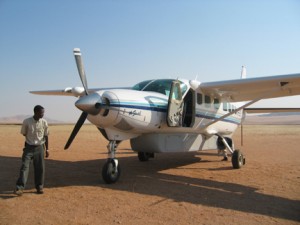 What travel documents do I need?

You need a passport that is valid for 6 months beyond your departure date, and that has at least two blank pages in the ‘Visa’ section for immigration stamps. Holders of American, Canadian, and European Union passports do not require visas for South Africa, Botswana, or Namibia.

These visa requirements can change suddenly and with little notice (especially in Zimbabwe and Zambia), so please double check with us before you travel.

Will I require inoculations and other medication?

Southern Africa does not legally require any inoculations. The only exception is if you are arriving from other African countries where Yellow Fever is prevalent, in which case you will need to be vaccinated against this disease. 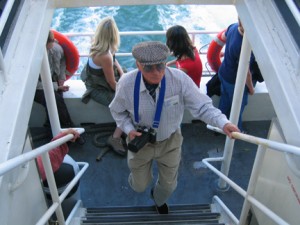 Isn’t it difficult to get to Africa?

There are daily direct flights from New York and Atlanta to either Johannesburg or Cape Town in South Africa, with a flying time of around 15 hours. Once in South Africa there is a well developed network of scheduled flights throughout southern Africa.

Can I get there with my air miles?

Yes. Although as with travel anywhere nowadays, it is increasingly complicated.

Will I have to carry around lots of cash?

Most camps, lodges, and hotels have facilities for accepting payment by credit card.

On safari, almost all major expenses are covered in the costs of accommodation such that any extras will tend to be limited, and can generally be paid by credit card.

In urban centres, particularly in South Africa, ATMs are to be found in most shopping malls and banks, and will accept U.S. cash cards using the Cirrus and Plus systems, as well as Visa, Mastercard, or American Express credit cards (provided your credit account has a cash withdrawal facility).

Can I drink the water?

The tap water in Southern Africa is safe to drink. Camps, lodges, and hotels will make it clear to their guests whether they should or should not drink the tap water and, in most cases, will provide mineral water free of charge if tap water is not safe. 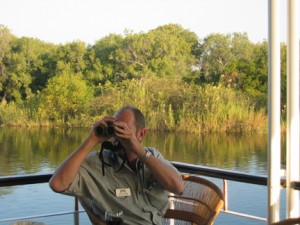 Will I be able to communicate with local people?

English is an official language in all five countries of the region, and is the de facto language of politics and economics. It is taught at school, and is widely spoken in all urban centres.

Even in rural areas, many local villagers (especially younger ones who have received schooling) will be able to converse in English.

When staying at a private camp or lodge, your guide will very often be able to introduce you to his or her friends and family, and will act as interpreter if necessary.

Will I be able to stay in touch with the outside world?

All urban centres are well served by terrestrial telecommunications systems, and cellular networks are well developed (cellular phones can be rented for the duration of your stay).

Calling cards from most U.S. carriers (e.g. AT&T, MCI, etc.) offer toll free numbers which can be dialled from South African phones for long-distance calls, while local calls can be made with telephone cards from Telkom (the local carrier).

Almost all hotels have telephone and fax services, often internet as well.

While out on safari you will be able to escape from modern technology and, but for emergencies, will be out of reach to the outside world (a rare luxury!).

All camps do, however, have radio communications in case of emergencies. Certain luxury lodges in South Africa offer full telephone (and even internet) services for those who cannot afford to ‘disappear’.

Is it possible to drive oneself around?

Self-driving is certainly an option in most of South Africa and parts of Namibia. Most safari camps, however, are located in remote wilderness areas that cannot be accessed by road and where flights in and out by light charter aircraft are the only option.

The Western Cape Province of South Africa – encompassing Cape Town, the wine country, the “Whale Route”, and the “Garden Route” – is the most popular self-drive destination. Virtually all roads are tarred, sign-posted (in English), and in excellent condition.

South Africa’s KwaZulu-Natal Province is another region that lends itself well to self-driving, with the same convenient features as the Western Cape. Parts of Namibia can be visited on a self-drive basis, although a 4×4 is recommended for the dirt roads, and this is for the slightly more adventurous.

Africa is the world’s second largest continent, and is four times the size of the USA. In area, Africa is larger than the USA, Europe, China, India, Argentina, and New Zealand combined. It is therefore extremely unfortunate that the media often treats Africa as a single entity.

There certainly are parts of Africa (particularly central and northern Africa) that are not at all safe for travel, but it is very misleading to think of this as representative of the entire continent. Southern Africa is by far the most peaceful, democratic, and economically stable part of the continent, and is increasingly considered to be one of the safest destinations in the world for Western travelers. All five countries in the region are multi-party democracies with stable governments and strong economies. In fact, their political and economic systems do not differ much from American or Western European systems, and the traveller from these regions will feel remarkably at home.