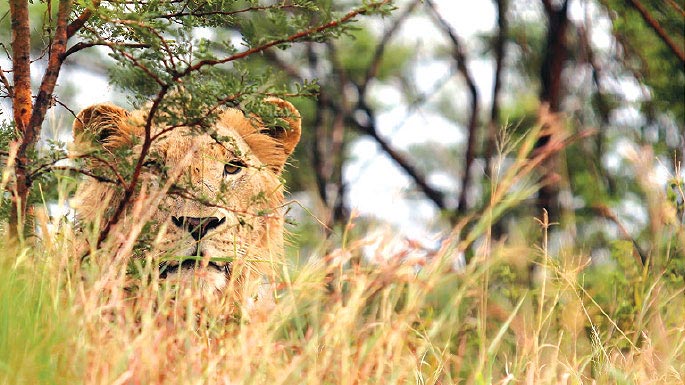 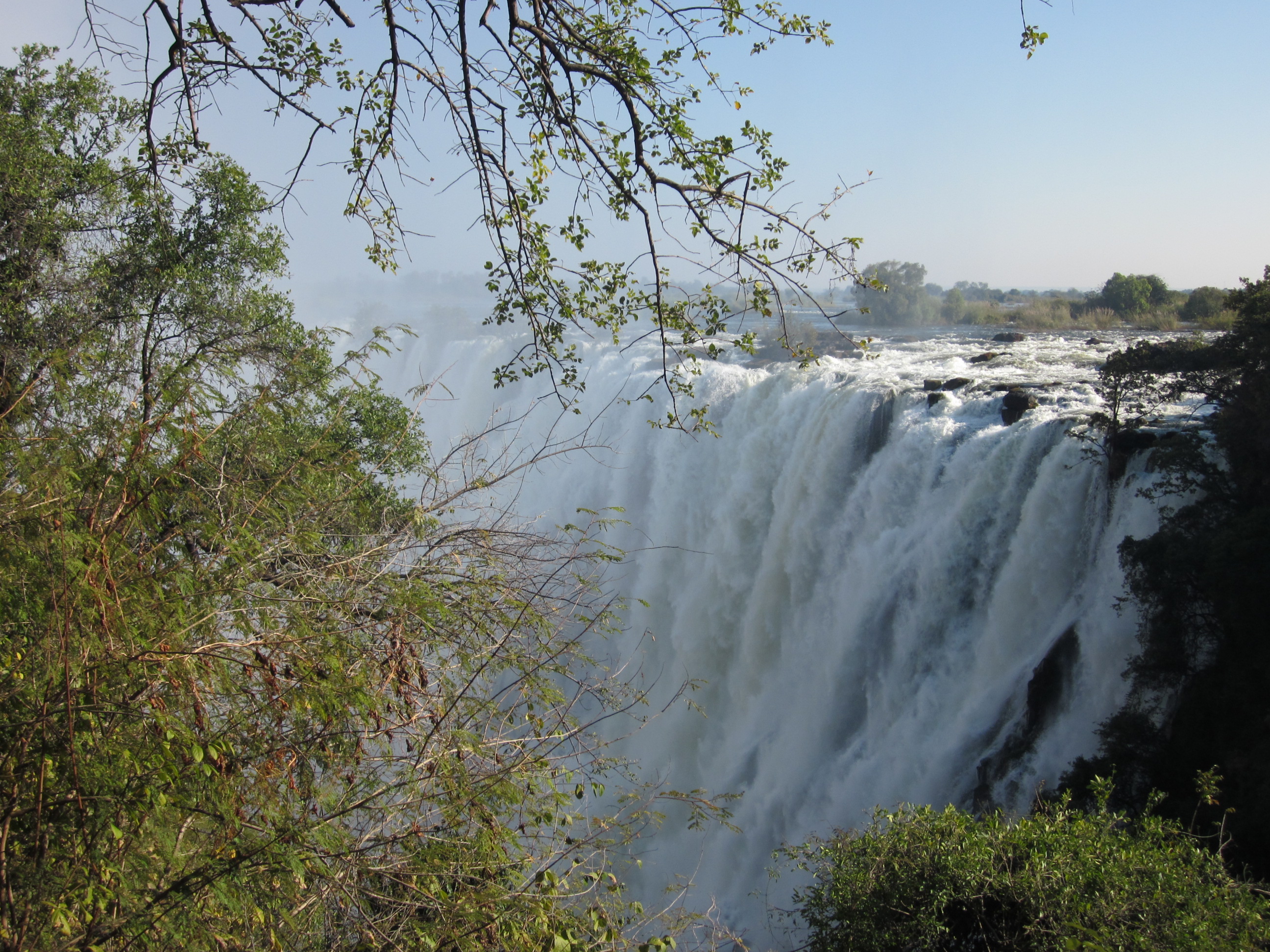 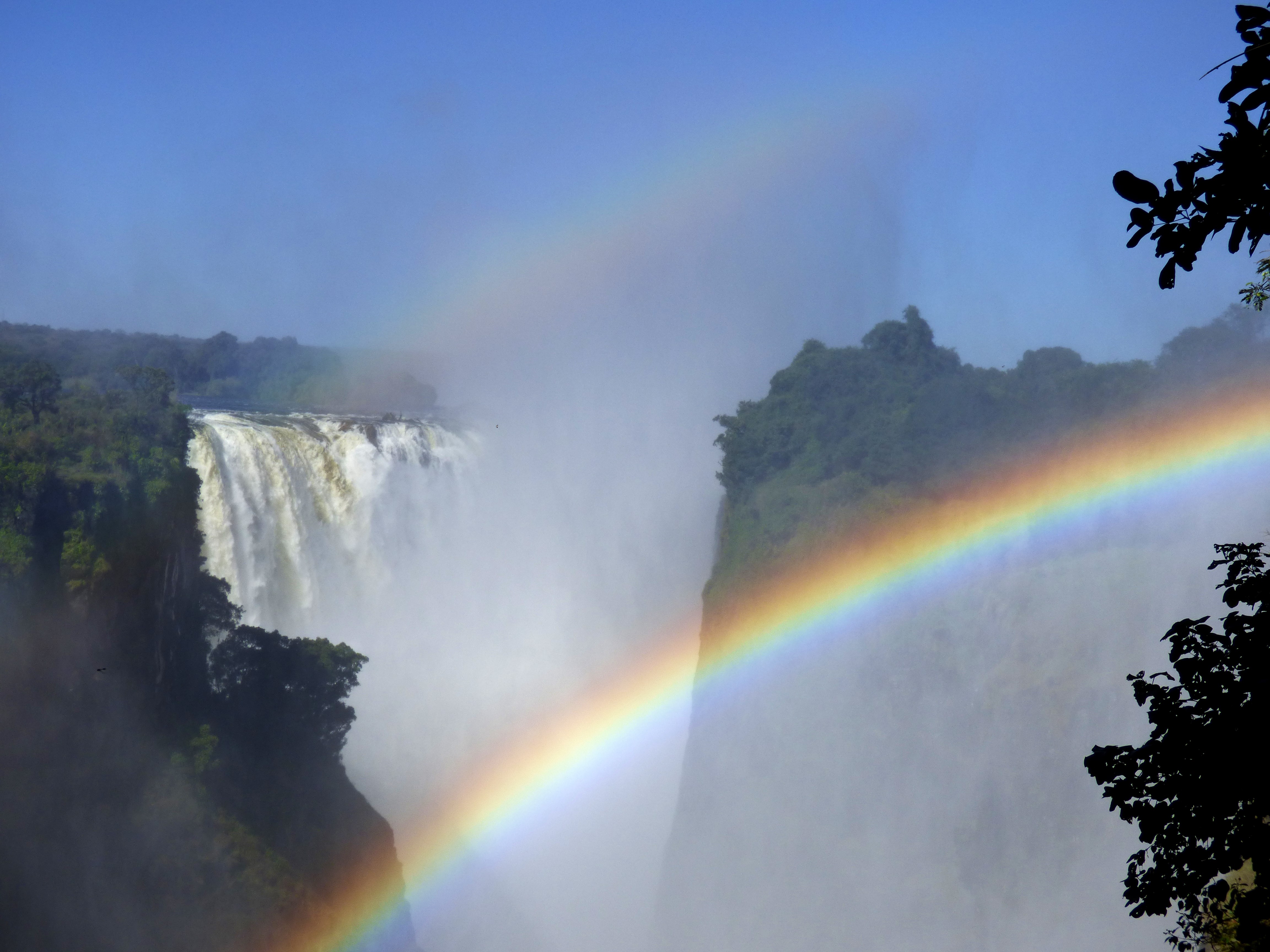 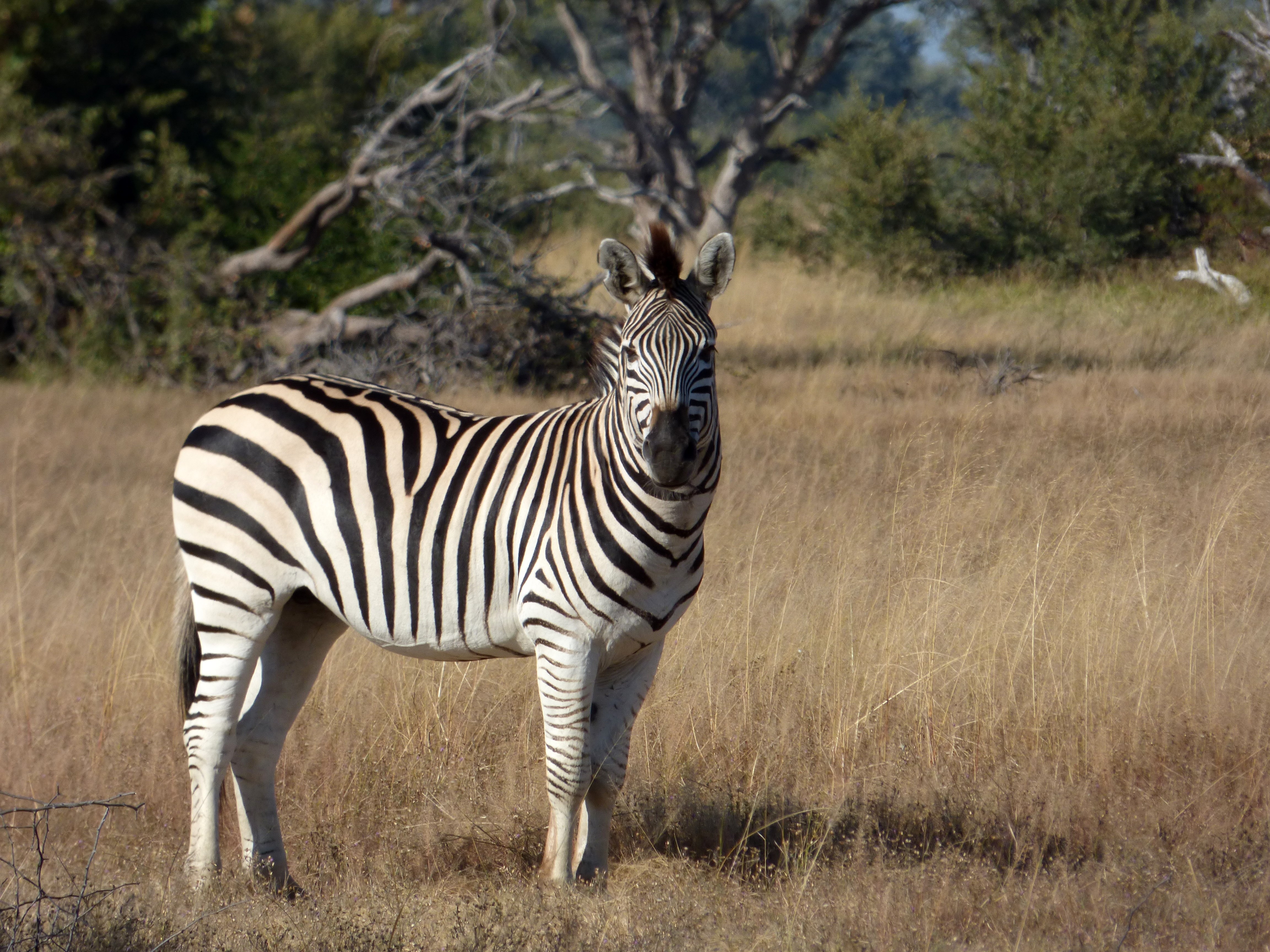 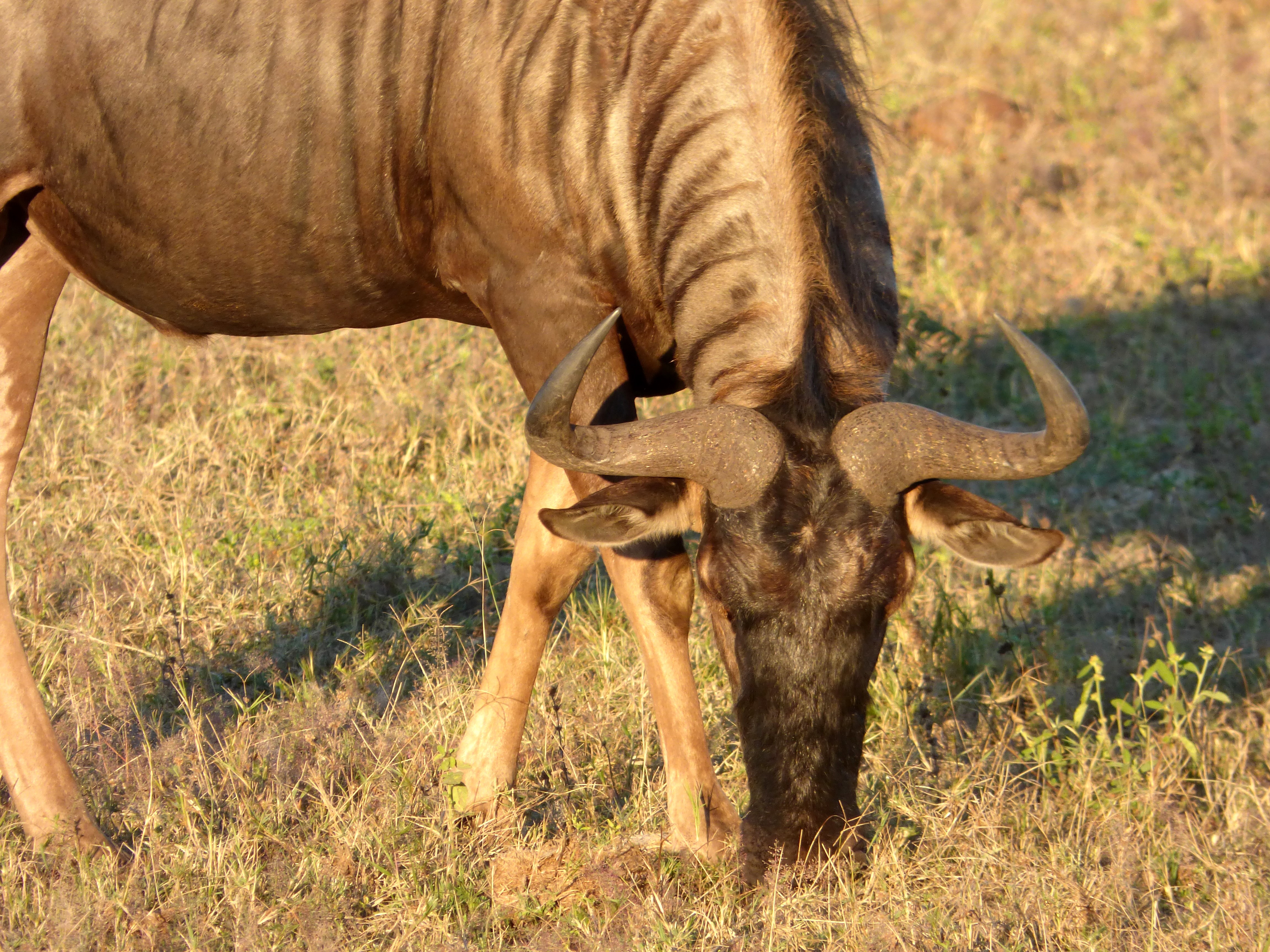 This impressive 12-day journey between Pretoria and Victoria Falls stops at carefully selected locations in South Africa, Swaziland, Mozambique and Zimbabwe. Starting in Pretoria, this magnificent sojourn will spend the first few days taking guests east through the Drakensberg Mountains to the Kruger Park for game viewing and the historical areas of Pilgrim’s Rest, Bourke’s Luck Potholes and God’s Window. On day four guests tour Maputo, the capital of Mozambique, before moving on to explore the Kingdom of Swaziland. Enjoy a game drive in the famous wildlife reserve of Kapama followed by a relaxing day on the train as it heads for the Great Zimbabwe Ruins for a visit. On days nine and 10, guests tour Antelope Park and Matobas National Park, site of Cecil John Rhodes’ grave, before continuing on to Hwange for game-viewing activities. The final day has the train arriving in Victoria Falls where guests enjoy a walking tour of the village and the falls with an afternoon sunset cruise on the Zambezi River.

Gauteng is the economic power house of the Southern African region and home to some of Africa’s greatest cities. The name of the province is a Sotho word meaning “Place of Gold”, which is very suitable since much of the wealth of Gauteng has derived from this precious metal.

Pretoria
Pretoria is the administrative capital of South Africa. We visit the Union Buildings designed by the famous colonial English architect, Sir Herbert Baker. Completed in 1913, it now houses the offices of the President and Ministers. The buildings overlook the city towards the once fortified hills to the south. A grand bronze statue of “Oom Paul (Kruger)”, the patriarch president of the ZAR or old Transvaal Republic, surrounded by his Boer fighters, dominates Church Square, at the centre of the city. Before leaving the capital behind, we visit the Voortrekker Monument, which commemorates the Great Trek of the 1830s.

Soweto
Comprising one million people, Soweto was made famous by the laws of Apartheid. We pass the Chris Hani Baragwanath Hospital (the largest hospital in the Southern Hemisphere) and also drive past the only street in Africa that once housed two Nobel Peace Laureates – Archbishop Desmond Tutu and Nelson Mandela. We visit the Hector Petersen Memorial, named after the first student to lose his life in the 1976 uprising against the Apartheid government.

Panorama Route
In 1873, gold was discovered in the area around the quaint town of Pilgrim’s Rest, now a living museum and national monument. The find attracted 1500 diggers and today, many of the restored miners’ houses serve as shops. Further along the escarpment we find the great Blyde River Canyon, a gorge 26km in length and 800m deep, carved into the face of the escarpment. The Three Rondavels, three huge rock spirals rising out of the far wall of the canyon and resembling African huts, present an unforgettable sight. Bourke’s Luck Potholes are strange deep cylindrical cavities formed by river erosion and floodwater. From the vantage point of God’s Window we gaze across the sweeping landscape of the Lowveld, where subtle fragrances of the lower region rise to merge with the crisp winds of the Highveld. Distance travelled: km

08h00 Full-day game viewing in the Kruger Park.
18h00 Return to the train in Malelane and depart for Mozambique.

Kruger National Park
The world-renowned Kruger National Park offers a wildlife experience second to none. Its 2 million hectares are unrivalled in diversity of life forms and the park is a world leader in advanced environmental management techniques. The park is home to an impressive number of species: about 336 trees, 49 fish, 34 amphibians, 114 reptiles, 507 birds and 147 species of mammals. Game drives are conducted in our air-conditioned vehicles; open-air vehicles optional. Distance travelled: km

09h00 City tour of Maputo, Mozambique.
15h30 Return to the train for afternoon tea.
18h00 After border formalities the train heads for Mpaka in Swaziland.

Maputo
Maputo, the capital of Mozambique is a city of contrasts and offers an exciting mix of cultures. The city swings along to a beat like no other in Africa offering true African hospitality. Its architecture is a blend of African, Portuguese and early Colonial traditions with old Catholic churches side-by-side with mosques, fortresses, Victorian mansions and other buildings from a bygone era. Along the colourful beachfront there are many cafés and restaurants that specialise in Indian Ocean cuisine with its emphasis on the freshest seafood dishes prepared in traditional African-Portuguese ways.

08h30 Depart in vehicles from Mpaka. Visit Ngwenya Glass, Mbabane and Manzini.
18h45 After border formalities at Tjaneni, rejoin the train in Kaapmuiden. Depart for Klaserie near Hoedspruit in Limpopo.

Swaziland
The tiny Kingdom of Swaziland covers only 17 000 square kilometres, making it the second smallest country in Africa. Travel to Manzini enjoying amazing views of the Ezulwini Valley and the Komati River en route. This excursion into Swaziland will introduce you to everyday life in Africa’s smallest kingdom. The Swazi Market is a bustling hive of activity and displays a wide variety of skilfully crafted woodcarvings, colourful textiles and superb basketwork for which Swazis are renowned. Distance travelled: km

07h00 Morning game drive in Kapama Game Reserve followed by visit to the Wild Dog and Cheetah Project.
13h00 Return to the train for lunch. The train departs for Tzaneen with an overnight stop at Louis Trichardt.

Day 7 – Day on Board en route to South Africa

Day on board the train travelling to Rutenge in Zimbabwe. Clear customs and immigration at Beitbridge.

09h00 Board vehicles and drive to the Great Zimbabwe Ruins.
17h00 Rejoin train in Bannockburn.

Great Zimbabwe Ruins
Largest monument in Africa south of the Pyramids Great Zimbabwe, a hugely impressive monument situated on the south-eastern edge of the central plateau is the largest pre-colonial monument south of the Egyptian pyramids and is a celebrated achievement of the African people. Magical fables such as the story of King Solomon’s Mines find their origins here amongst the ruins of an ancient city built by the Rozwi people. Discover how these ancient people lived and mined gold and silver, which were ultimately taken out of Africa by Arabic and Portuguese traders. The tour is followed by lunch at the Great Zimbabwe Hotel (guests’ own account), after which we travel through attractive granite hill country to Rutenga.

09h00 Full-day tour of Matobo National Park. Visit the grave of Cecil John Rhodes as well as bushmen caves.
18h00 Return to the train and depart for Dete.

Matobo National Park
“Matobo” means ‘bald headed ones’ and aptly describes the dramatic hills and granite rocks of this area. Highlights include a visit to the burial place of Cecil John Rhodes, who gave Zimbabwe its previous name of Rhodesia. Afterwards, we will go and visit one of the more accessible bushman caves, of which there are many hidden amongst the hills.

Hwange National Park
Situated in the northwest corner of Zimbabwe, Hwange National Park is the nation’s largest wildlife area and contains a variety of animals and bird species, but is most well known for its prolific lion population. Covering 1 462 000 hectares, Hwange is roughly the same size as Belgium

The Victoria Falls
Forming the largest single curtain of falling water on earth (on average the curtain is 92m deep), the Victoria Falls’ 500m plume of spray can be seen from as far as 70km away. The sound of the water can also be heard from kilometres away and up close this muted ‘thunder’ becomes a roar. In full flood, over 550 million litres of water per minute cascade over the brink. The vast width of the Falls, extending 1 708m, allow for many safe vantage points from where you will be able to get different views of the roiling water as it crashes into the gorge and whose constant spray maintains the rain forest. The forest is an attraction on its own with many of the trees marked to help identification. These include fig, mahogany, date palm, milkwood and ebony. The bird life is prolific and species that may be seen include the colourful sunbird and large trumpeter hornbill. Craft and curio shops abound with enough variety for everyone to find something to take home as a souvenir.

*Please note: This itinerary is subject to change. In the spirit of safari travel, plans may change slightly to take full advantage of encounters with the wildlife and destination.

Rates are approximate until the time of booking. Please note rates are subject to change without prior notice due to circumstances beyond our control; i.e. fuel increases, currency fluctuations, etc.

– Accommodation on a dinner, bed and breakfast basis
– Excursions accompanied by a qualified tour guide
– Entrance fees as per itinerary
– Government tax
– Accommodation off train
– Meals at lodges/hotels/clubs/resorts

A completed & signed Africa Easy Reservation Form, along with your 25% safari package deposit and full regional and/or domestic air payment (if applicable) is required at the time of booking.

This itinerary is subject to the availability of all services at the time of making a reservation. No space is being held at this time. Please contact Africa Easy for the full terms and conditions that apply. We are happy to answer questions and discuss your trip.

Connect with our Africa Specialists